To an outsider, the hierarchy of The Federation society is based on democratic principles - people vote within their System/State to elect Congressmen, and a President with an 8-year term and a ‘vote of confidence’ after the first 4 years.

However, corporate loyalty oils the machine, and Federation space is a battleground of commerce. Commercial organisations compete as aggressively as the law will allow for the time and attention of the Federal citizen, who goes through life bombarded by advertising.

Corruption is not unusual – individuals defend it shamelessly when caught as ‘getting one over the system’. Social class is only determined between ‘haves’ and ‘have-nots’. There is a lot of poverty about, as well as conspicuous wealth.

The huge gross domestic product (GDP) of the Federation economy funds a large, well-equipped Federal Navy which projects its values and influence.

Culturally the Federation is tolerant of some things (like religions) but utterly intolerant of drug-taking, political activism, and certain cultures. A great many things are illegal, like slavery, cloning and certain narcotics.

Federal law is based on an agreed Constitution. People have rights and freedoms, enshrined by this agreement. Local ‘State’ law prohibits other trafficking to a greater or lesser degree. Things like ship-based weapons, personal weapons, other milder drugs and alcohol are banned in some systems.

The media drives a culture of celebrity. Top ranking politicians, social commentators, entertainers and super-rich all command a great deal of media attention. This provides a massive distraction for the populace, to the extent that foreign wars conducted by the Federation on their behalf get little media attention. This has gone on for many hundreds of years, and there is no sign of it changing. 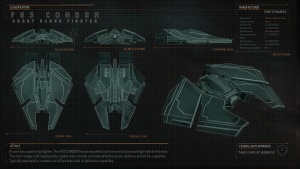